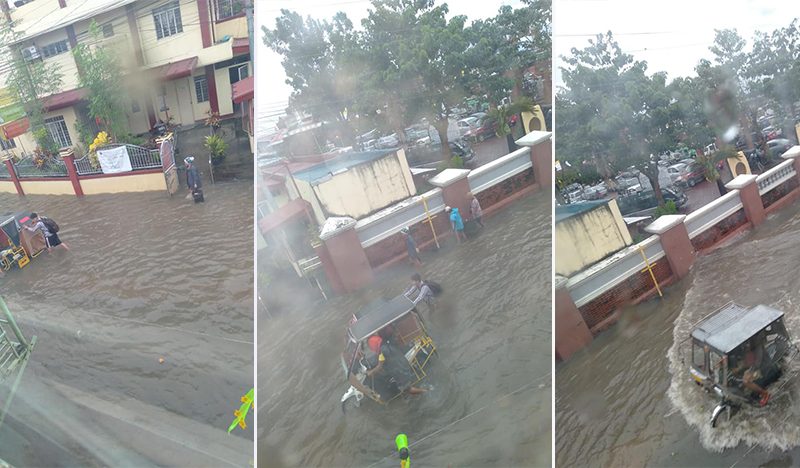 Due to the geographical position of the Philippines, we are most likely hit by natural calamities such as typhoons 12 times or more every year. Most of the people are spending their Christmas Vacation inside their warm comfy home or going somewhere else outside the city. Unfortunately due to the tropical depression “Usman” who recently landfall in the country, ruined people’s holiday plans.

The tropical depression continues to flood across the northern and western Luzon and when it crossed outside the Philippine Area of Responsibility, the Japanese Meteorological Agency (JMA) who is responsible for issuing in the West Pacific Basin, designated an international name for the tropical Depression as “Pabuk” if it continues to gain storm strength once the storm entered the West Philippine Sea.

From the official post of PAGASA
“People living near the mountain slopes and in the low lying areas of the above mentioned river systems and the Local Disaster Risk Reduction and Management Councils concerned still advised to take appropriate actions.”

“Under present weather conditions, At 3:00 AM today, the Low Pressure Area (Formerly “USMAN”) was estimated based on all available data at 240 km Northwest of Zamboanga City, Zamboanga del Sur (8.3 N, 120.4 E). Tail-end of a Cold Front affecting Southern Luzon. Northeast Monsoon affecting Northern and Central Luzon.
The 12-hour rainfall forecast is LIGHT TO MODERATE .
WATERCOURSES STILL LIKELY TO BE AFFECTED :

Photos presented by some of the netizens through social media: