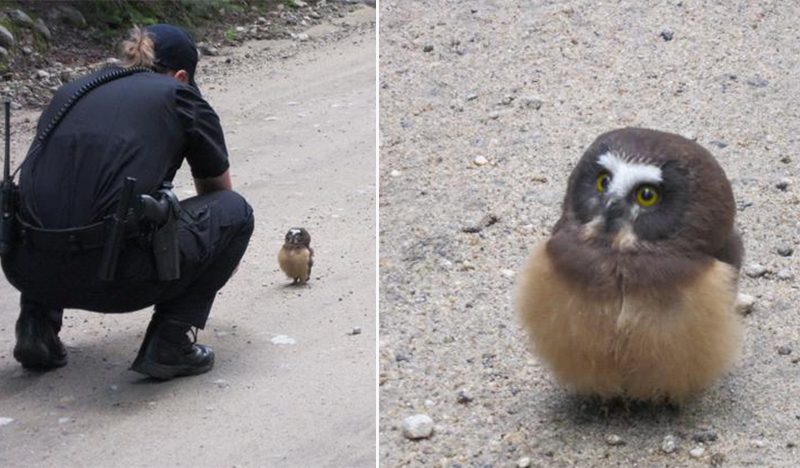 Officers from the Boulder County Sheriff’s Office had a chance encounter with something from Mother Natures box of cuties. The deputies just were on their usual stroll when they had their cutest encounter as they bumped into this cute wandering little owl.

The Boulder County Sheriff’s deputies were driving near the small town of Nederland, Colorado, the officers were driving on a mountain road.

They were just routinely carrying out their duty responsibly when they chanced upon something in the road. The officers thought that they had found a small ball in the middle of the road. But what looked like a ball turns out to be an owl, they spotted a young northern saw-whet owl in their tracks. 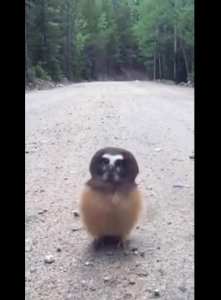 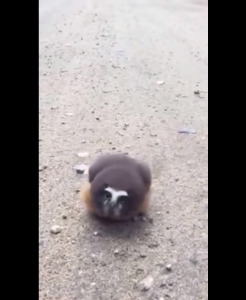 “Hi. What’s up?” the police officer can be heard saying to the owl.

Though the owl was all alone in the woods, it seemed unfazed when approached by the police officer. The video shows that the owl wasn’t afraid of the officer as it brazenly stood preferring to hold its ground rather than flying away.

According to the officer the said encounter happened in a few miles northwest of Nederland in an area of Rainbow Lake Campground. But the exact location of the encounter wasn’t revealed by the officer in order to protect the owl’s nest.

The owl was said to have safely flown away after the adorable encounter according to updates from Twitter.