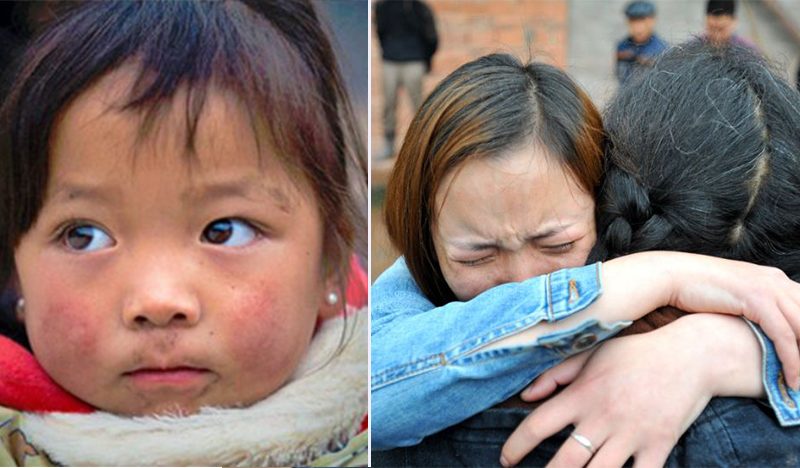 Auntie Ping, a blind widow who lived in a village, village elders say she lost her sense of sight because of her extreme grief to the loss of her husband. According to the village elders, she cried until she became blind after her husband di3d in an accid3nt. Despite her blindness, Ping was a kind person and the villagers knowing her kind nature, showed compassion and happily helped her. 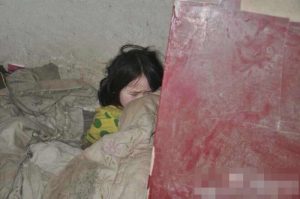 Ping, being blind, had limits, she was handicapped to doing a few easy household chores. After her husband passed, Ping seldom left home, villagers would often see her languishing outside her home.
Although blind Ping was well adapted to her village environment, she had memorized all the roads in the village to make up for her blindness, in doing so Ping could wonder about her village without getting lots despite being blind. One day Ping went to the village chief, the chief was named Li Dama, Ping was going to Li Dama’s for the purpose of returning a few things she had borrowed. On her way back, she heard the cries of a child while passing a field and went to investigate. 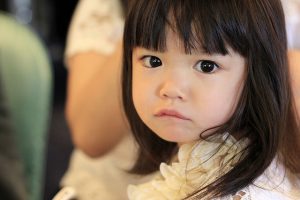 Ping bumped into a small child lying on the ground, She touched the child and estimated that this child was around two years old and must have known how to walk.
“Whose child is this? Has anyone lost a child?” She shouted, But no one answered. There was no one in the surrounding except for her and the crying little girl. She took out a piece of candy and gave it to the little girl, but the little girl refused to take the candy and instead kept on crying.

She waited for someone to come looking for the child but no one came, knowing that she can’t leave the child alone, she gave the child a piggyback ride and took her home. She did not mind having the child stay with her but she thought that the child’s parents might be worried, so she asked the villagers to ask around and to spread the word about the child, but half a month passed and still, no one came for the child. 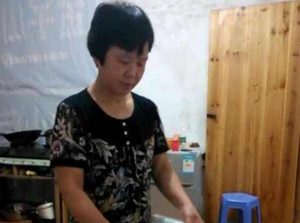 Realizing that the child had been wearing the same clothes on the day she found her, Ping enlisted the help of her neighbor to get the measurement of the child for the purpose of getting her new clothes, but as they were getting the kid’s measurement they felt and found something in her pocket, a piece of paper, she thought it was a birth certificate, but her neighbor said otherwise, the neighbor explained it was a note, a note carrying sad news, her neighbor read it to her;

“This piece of paper is not the child’s birth certificate. It is a hospital’s checklist. It says here that the child is mute. She is already two years old and yet she could not make a sound so she must have an illness! This child is not worth your time and money to look after her!”

“What? She is a mute? That’s so pitiful. How could her parents abandon her? If she was abandoned, then I will make her my daughter.” Ping said. “Ping! We know you are a very kind person and we will not be able to dissuade you on your decision to adopt her. Here is a bag of rice. Do not reject our kindness. Take it home and feed the child with it. We are neighbors after all.” the neighbor said in support of Ping’s notion.

“Thank you. Thank you so much.” Ping said as tears came streaming down her face. From then on, Ping became a mother. The only problem was that she may never hear her child call her ‘Mum’. Ping named her adopted child Little Jie. 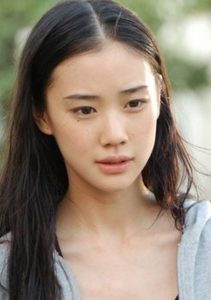 Half a year later the treatment was finished and Little Jie finally returned home. She did not tell her mum when she would reach home because she wanted to surprise her mother. Little Jie stood in front of her house and knocked on the door. Ping went and opened the door.

Little Jie opened her mouth and said: “Mum, I’m home, mum!” “Excuse me, miss, who are you and why are you calling me mother?” Asked Ping “Mum, I’m Little Jie, I’ve come home. I went for a treatment you remember? The treatment was a success. I can speak now. Mum!” Little Jie explained. 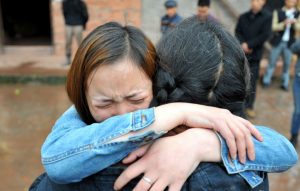 “Little Jie, I….” Ping could not finish her sentence.

20 years of hardship was definitely worth it and in all her life this was the best decision she had mad, her sacrifices definitely did not go to waste.