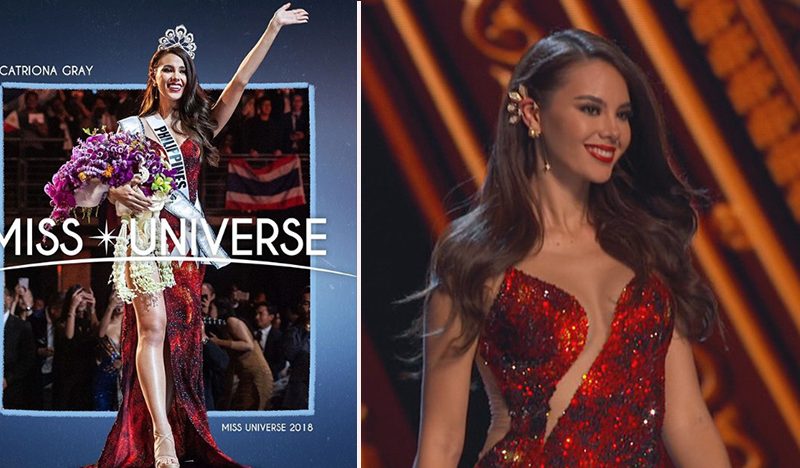 She outstands 93 other countries to claim the crown.

During the Top 5 question and answer portion, Catriona was asked about the legalization of marijuana and she answered, “Marijuana is used for medication, not for recreation, and just like alcohol and cigarette, everything must be in moderation.”

The 24-year old stunner edged out first runner-up Tamaryn Green of South Africa and third-place Sthefany Gutierrez of Venezuela during the final round of the competition.

The three of them gave three different opinions but Catriona’s answer bested and obviously made its way on claiming the crown and title.

Welcome to the sisterhood, @catriona_gray ? #MissUniverse

The theme of the 67th Miss Universe pageant was “Empowered Women.”

It was judged by seven well-known personalities including former pageant winners, businesswomen, and a fashion designer.

Her hometown is in the iconic Mayon Volcano, Bicol. It is the birthplace both of her grandmother and great-grandmother.
She is the only child of Ian and Normita Elisa Gray. 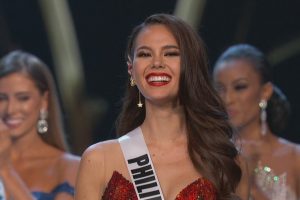 According to Catriona, as an only child, she is very close with her parents. Not only are they Catriona’s role models, but they are also her best friends and she is blessed that they are supportive with her every endeavor.

She studied in Berklee College of Music, Boston USA and has a degree of Master Certificate in Music Theory.

Catriona Gray’s ambition in life is to strive to not only better herself but to also positively impact others while empowering others to do the same.