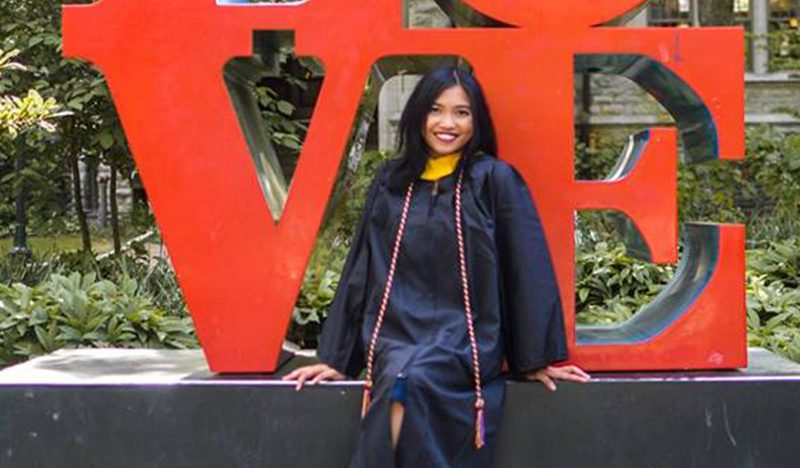 Lara Andrea Montales earned a degree in Bachelor of Science in Economics Major in Finance and Business Analytics at Wharton. She did not just rose to the top but also brought back pride in the country from Forbes’ 2017 Best Business School in the US.

The Filipina didn’t just show her outstanding academic performance but also aced well in extra-curricular activities. She took a commitment to organizing and engaging with the Filipino community at Pennsylvania. Her initiative immersed and empowered herself in social circumstances. This led her to be granted by a recognition – Freshman Leadership Award last 2015.

Lara did not bloom on her college years but was naturally intelligent and witty. She excelled well in elementary at Colegio San Agustin – Makati and in high school at Philippine Science High School – Main achieving valedictorian and high honors respectively. She was also a smart contender in international math contests representing the Philippines and had outwitted the rest. It was under the guidance and mentoring of Mathematics Trainers Guild Philippines (MTG). Montales bid farewell to her beloved institution with a Facebook post saying she’s eternally thankful of the love she received and given, the family she found and the home she made.