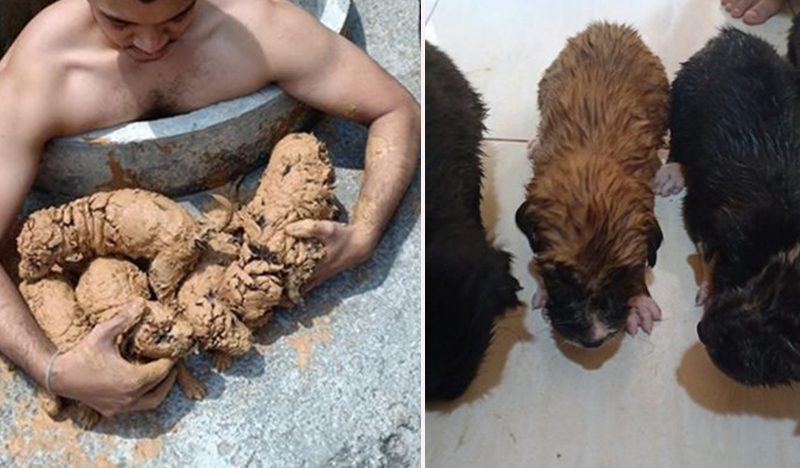 A man from Thailand was on his way to work one day. Surachet Klaewkla was passing by, he heard dire animal calls, sharp a sound of an animal in desperate need of help. The sound led him to a well where he saw moving mud balls. 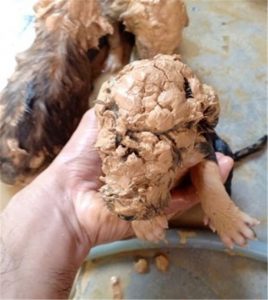 Without having second thoughts he jumped in and rescued the little mud balls. He reckoned that the mother of muddy puppies strayed over to the well, but has gone missing in action. The puppies weren’t subject to any injuries, they were just covered in mud, a lot of mud. 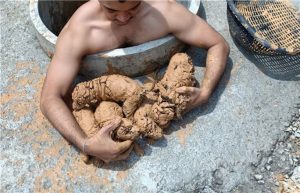 After rescuing the five puppies from the well he took them home, bathed and fed them. After bathing the puppies cleaning mud from their fur, the puppies turn out to be the fluffiest and cutest puppies. 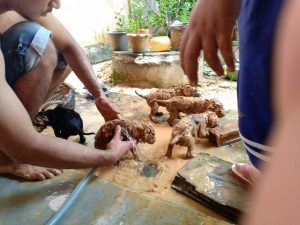 After seeing the fluffy puppies the sight moved the Surachet family, the family decided to adopt the puppies at that moment, the family adopted all five of them. The story has been shared and netizens have given positive comments to the family’s kind acts. 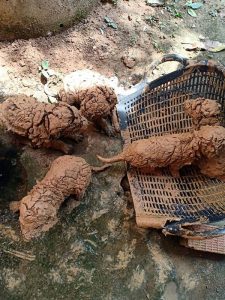 X-Ray of the Womb of a pit-bull reveals Uncountable’ Puppies
When the said sweet pit bull was abandoned, a shelter picked her up, and a volunteer started fostering her. 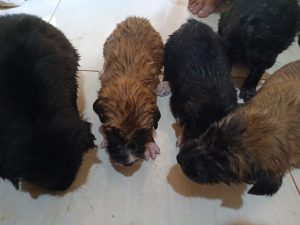 Realizing that the dog was pregnant they prepared themselves for the arrival of a few puppies. But to their surprise, the expected few puppies proved to be a massive understatement. 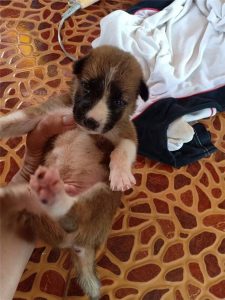 After conducting an X-Ray on the womb of the expecting mother, they were surprised to see an ‘uncountable’ number of skeletons inside mom’s uterus. The exact number of the puppies were impossible to identify with the X-Ray results, but estimates range from seven or eight, but it could also be 12 or 13. 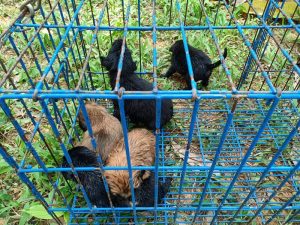 “I do not know how many she is having, but there are heaps! Like 12 to 15?” The future owner of the dog wrote.