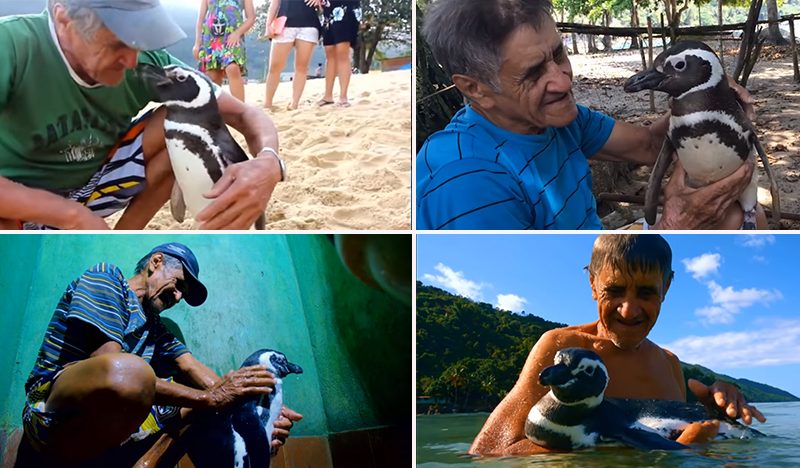 In the year 2011 Joao Pereira de Souza a Brazilian man who is 73 years old stumbled upon an injured and dying penguin on the beaches. 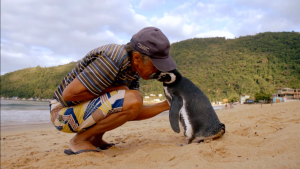 It was a South American Magellanic penguin, the penguin was covered in a thick black oil slick, starving and near d3ath. 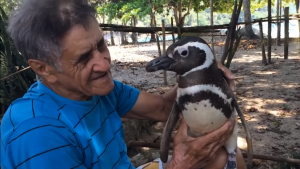 Upon seeing the creature in such dire need of help, Joao did not hesitate, he immediately took the penguin home in hopes of nursing it back to health. 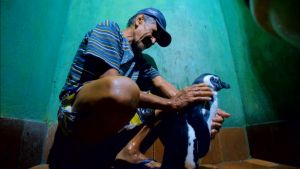 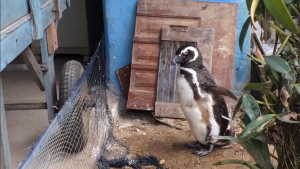 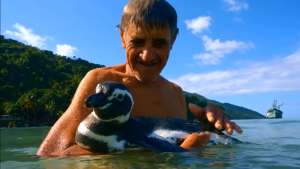 But since their chance encounters on the beach and Joao’s kindness to it. The penguin has been making a yearly pilgrimage back at the beach where they first met. Once again, after seeing and recognizing him, the penguin returned home with him. Mr. Souza affectionately named the penguin Jinjing.

Jinjing journeys 5000 miles each year to return to his savior, and he has never failed to do so. “I love the penguin-like it’s my own child and I believe the penguin loves me,” Joao said in an interview, he adds “No one else is allowed to touch him. He pecks them if they do. He lays on my lap, lets me give him showers, allows me to feed him sardines and to pick him up,”. 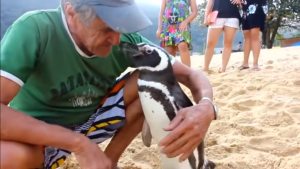 Jinjing now spends eight months with Joao before going back to the Patagonian coast to breed, “Everyone said he wouldn’t return but he has been coming back to visit me for the past four years. He arrives in June and leaves to go home in February and every year he becomes more affectionate as he appears even happier to see me.” Joao said. Biologist Joao Paulo Krajewski suggests that Jinjing might have thought that Joao was a penguin like himself!