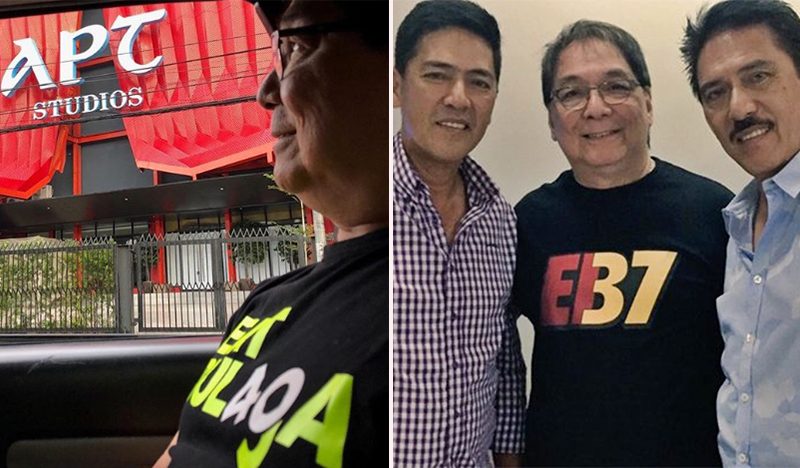 After 23 years of stay in Broadway Centrum the longest running noontime variety show Eat Bulaga with its pilot being aired on July 30, 1979 with the trio hosts Vic Sotto, Tito Sotto, and Joey De Leon at the helm will be transferring to its confirmed new studio in Cainta, Rizal. With some of its hosts already excitedly flaunting on social media how their new studio looks like through sharing photos of the new studio to the netizens.
Here are some of the comments of the netizens to the “studio move” news;
“Congrats sa atin lalo na sa EB Dabarkads sayang wala na si idol Francis kiko.”

After the 6:00 AM Mass at the Shrine of Saint Therese of the Child Jesus today, visited Eat Bulaga’s new home! @eatbulaga1979

“Congrats Eat Bulaga. You made it this far. May bago na kayong house. Forever EB kami.”

But Joey isn’t the only one that’s excited by their studio move, fellow host Ruby Rodriguez also flaunted the inside of the new studio, named APT Studios, hoping that it will be their home for the years to come. Ruby showcased the bleachers where the show’s audience will be sitting while they are being entertained by the E.B family, through there comedic antics and audience involving games.
The new studio is located on the road along Marcos Highway in Cainta, Rizal.