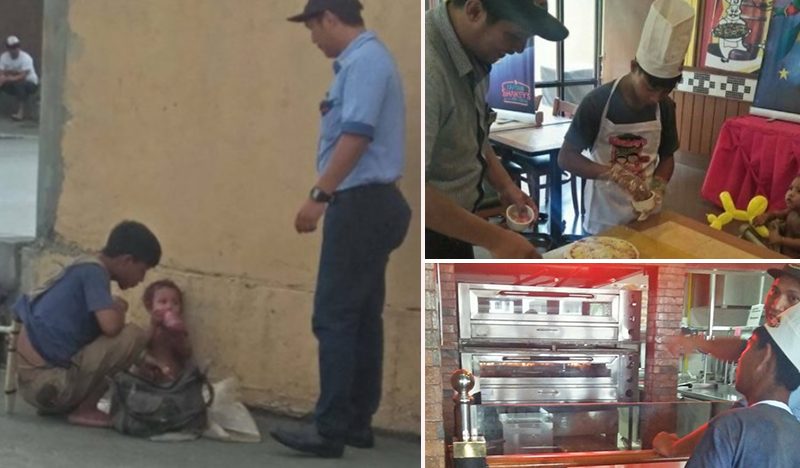 In this day and age, it is occasional to see people making a simple act of kindness to others. Truthfully, we humans, in general, are self-centered. We don’t usually consider other’s welfare but ourselves and our loved ones. It is rare to see someone reach a hand to a complete stranger. On the other hand, we could still meet good Samaritans that are always ready to lend a helping hand. Just like the pizza restaurant employee who earned applause and positive comments from the netizens after he gave a kind treatment to a Mangyan and his daughter. 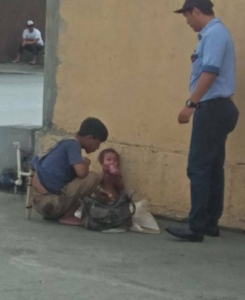 Netizen Privado Reyes Donzkie who witnessed the inspiring scene while dining at a pizza restaurant in Calapan, Oriental Mindoro shared what he had observed. According to him, a Mangyan together with his daughter was eating leftover food in the parking lot. 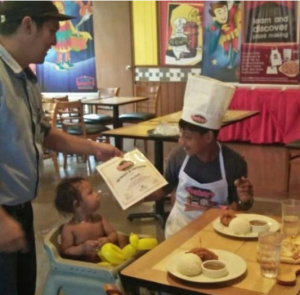 Meanwhile, a crew who parked his motorcycle after finishing a delivery approached the father and his daughter. 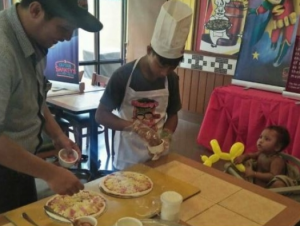 Here is the complete statement of Privado Reyes Donzkie which he posted in the social media:

09.06.18
We were dining at Shakey’s Calapan when I saw a Mangyan eating collected food from alms at the parking lot. While we were comfy with our food and cool place, the sight was so compassionate as he was sharing the food with his daughter amidst [the] scorching heat of the sun.
While the public seemed to ignore them, I was surprised when the rider approached them after parking his motorcycle. He was from a delivery transaction. He invited them to the store’s party room and prepared pizza ingredients. Surprisingly, he taught the father to make pizza for his daughter. 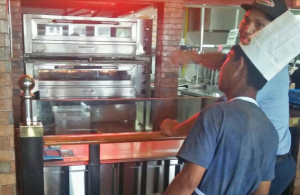 The scene was so touching that dining guests started taking pictures. We felt proud how he was able to make the tribe man happy. He even gave him a hat and encouraged the latter to watch him cook pizza at the oven, without hesitation. This scenario drew the interest of some guests: asking his name, how old his daughter is, how he was able to come to Calapan from Bulalacao (farthest town of Mindoro).

His miserable story triggered us to share some money and have some of our foods packed for Un-Eman (the minority’s name). It was heartening to note that through the rider’s simple humanitarian gesture, he became a catalyst of change. He inspired us to show sincere love to our less privileged brothers. 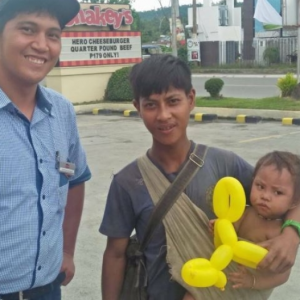 Thanks to Shakey’s specifically to him for making us realized that true happiness is found in the unmeasurable [immeasurable], in the intangible. It is living with compassion that brings us our truest happiness.