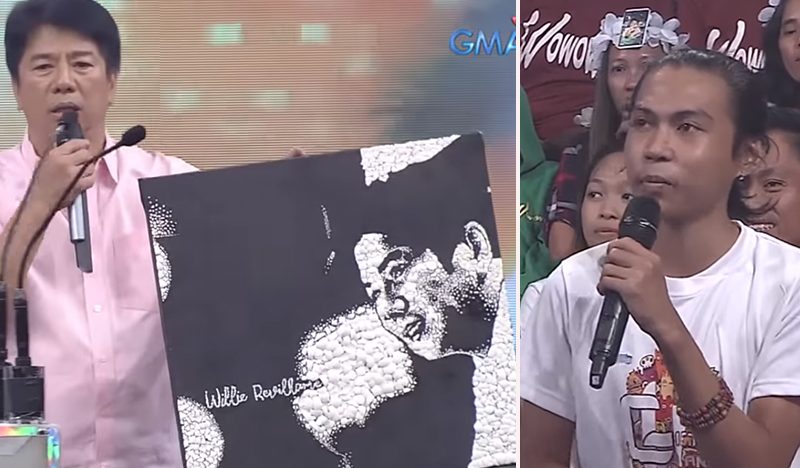 Art is something that can be considered a culture amongst all of us. It is appreciated by each and every one of us even when we have different tastes. Some like it simple and minimalistic, some like it colorful and flamboyant. No matter what your taste is, there sure is one form of art that you would forever appreciate in your life.

One certain artwork made Willie Revillame, show host of the show “Wowowin”, feel inspired by the talent of one certain young man amongst his audience. Willie Revillame also called as “Kuya Wil”, is known for his generosity and his usually good willed heart for the masses. For this reason, he holds his show “Wowowin” not only as a form of entertainment but also to give the masses a chance at getting a fortune.

He loves his audience so much that whether or not you win in his games, you’ll definitely not go home empty-handed. With that said, the devoted audience and fans also give back to Willie through tokens of appreciation. Some has made T-shirts, printouts, artworks, and other memorabilia. 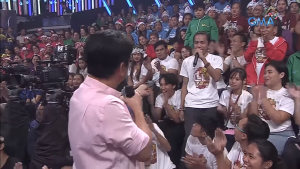 One certain talented young man decided to show his appreciation and thanks to Kuya Wil by creating an eggshell mosaic. Simply put, it is a mosaic of Kuya Wil made simply out of his canvas and, as the name suggests, egg shells. 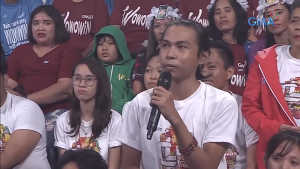 Kuya Wil usually being the gift-giver in the show was really surprised and inspired by this fan and his talent in creating pieces of artwork such as his mosaic that Kuya Wil decided to give back to the fan by giving away gadget, jackets, and probably the most expected out of the generous show host, cash, all of which he gives out daily as his show goes on. The artwork was well-received not by Kuya Wil alone but also by fellow audiences, fans, and even netizens around the social media who saw what kind of artwork he does.