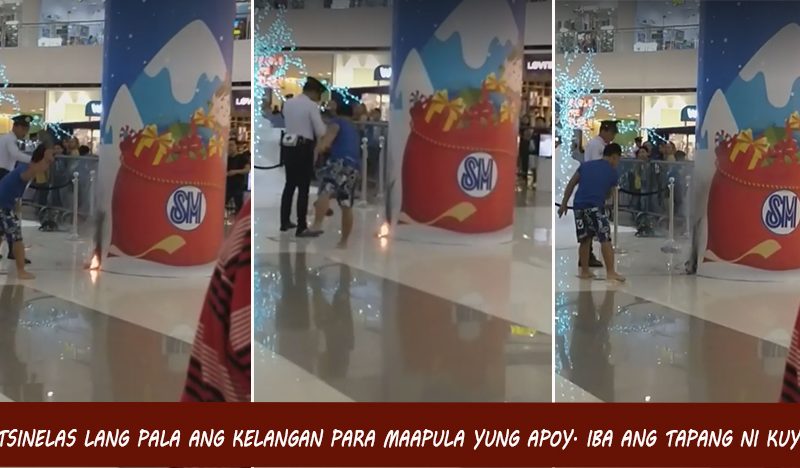 Unknowing hero of the day: Man puts out a fire in a mall using his slippers There are many things that the Filipinos can’t live without, like pandesal for breakfast, rice as a staple, and flip-flops as our footwear. 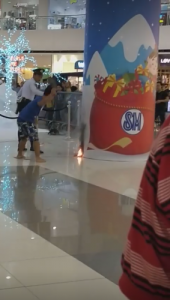 We use flip-flops so much that we don’t just simply use them for a quick stroll down the sari-sari store; we even use them for fun street games like the well-known tumbang preso, which literally translates to knock down the prisoner. 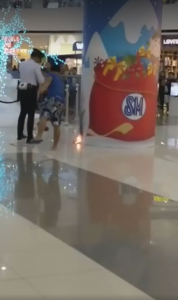 With Filipino ingenuity and this mighty footwear, one man in a shopping mall used his slippers in a surprising way, like a fire extinguisher. 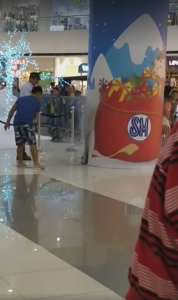 This happened in Davao City, Philippines when Juvanie Ladano Castañares put out a small yet slowly igniting fire on an electrical outlet at the SM Ecoland Annex. The video showing his bravery was shot by Ron Bongcayao Moncada and has now gone viral on social media website Facebook, garnering millions of views and thousands of shares in the site. Juvanie saw an outlet have a spark, which eventually was in flames. With hesitation, he threw both his slippers at the outlet in an effort to put out the fire, if not weaken it.

Turns out that his effort and bravery was not put to waste as the slippers quickly put the fire out, whether or not he doubted it would work doesn’t matter as it did. Moncada, the person who uploaded the video, said: “Some people were running away, Sir Juvanie just went near the small fire and tried to extinguish the fire using his flip-flops.”

The people’s shouting and panicking were replaced with praise and applaud as they witness Castañares extinguish the fire using only his everyday slippers. Moncada also added that “I don’t personally know him, but he messaged me on FB and thanked me for capturing the video.”

Netizens who saw the happening in the video also gave kudos to the brave and witty Castañares. Some comments give praise, like Jerome Nano Bernabe saying “Good job sir” and Lia Garcia Laroscain saying “Awatin pa sana sya ng guard oh! buti na lng galing ni Superman! He literally saves the day. Very good kuya, me presence of mind. Wala ngpanic instead nghanap pa ng paraan mkatulong! Good job”, while others were witty and made references every Pinoy would understand, like a user name Bob Ong said “Champion sa tumba lata sauna..” Truly enough, not all heroes wear capes, for this one needs nothing else but his flip-flops.