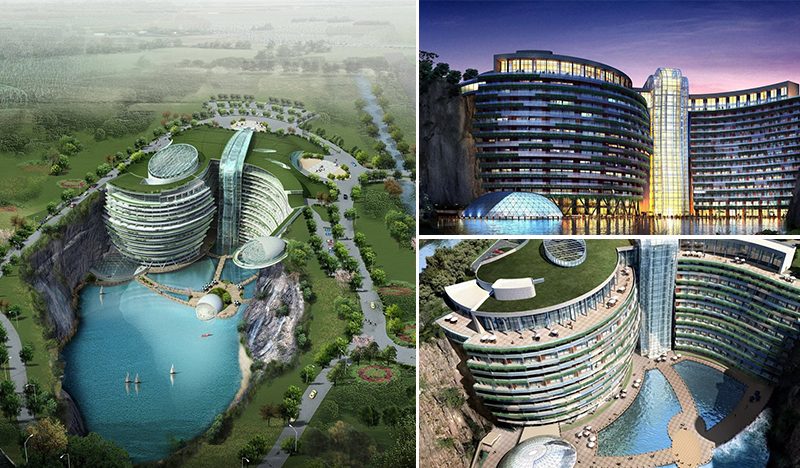 Well, China did it again, there was the longest wall, now we have an earth scraper rising 288 feet below the ground. 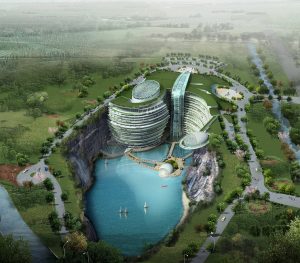 The Intercontinental Shanghai Wonderland, the worlds first underground hotel, being built in an abandoned quarry has just been unveiled. 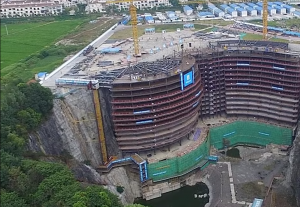 Also known as Shimao Quarry Hotel, since, well it was built in a water-filled quarry.

The underground hotel can be found in China’s Songjiang district, boasting 336 rooms with a view of a lake, its nothing short of a luxury hotel.

The Shimao Quarry Hotel contains a restaurant, sports and recreation facilities, a glitzy amusement park, a lake for water sports and there’s also plans for the addition of a shopping center, with all these amenities, the name Wonderland just seems fitting for the hotel together with the luxury it offers. 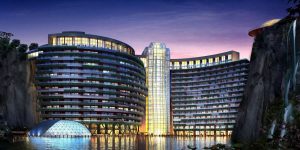 The quarry that the hotel is built on was abandoned in 2000. Now people might think that a hotel 288 feet below ground would be a dangerous place to be in when a disaster strikes, but rest assured that you are safe inside the hotel, as it was designed to withstand fires, floods, and earthquakes up to magnitude 9.

“It’s the first time to turn an abandoned quarry into a wonderful hotel beneath the ground. This is such a unique opportunity that gives me some really interesting ideas of reshaping the relationship between city and nature.” Martin Jochman said, the architect behind the Burj Al Arab of Dubai and also the brains behind the design of this project.

Do you want to experience the luxury offered by this earth scraper? Get your wallets ready because prices start at 3400-3800 Yuan per night.