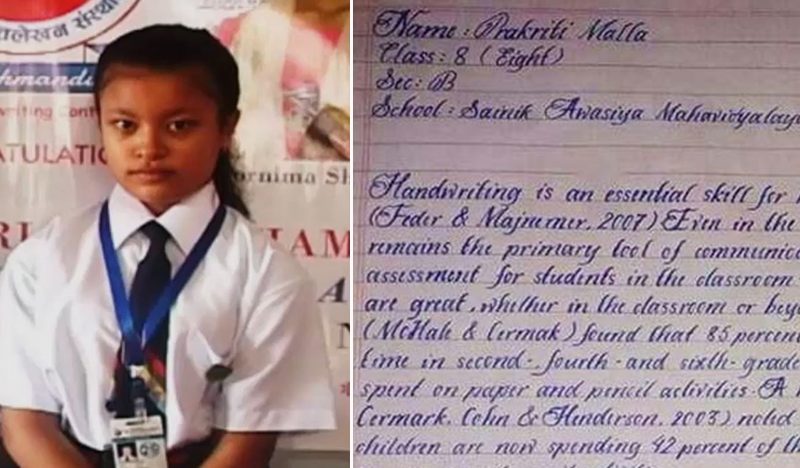 A student of Sainik Awasiya Mahavidyalaya in Nepal created a storm on the internet with her rare gift, she quickly became a hit sensation on social media with her majestic handwriting. Prakriti Malla is a grade 8 student at the said school. 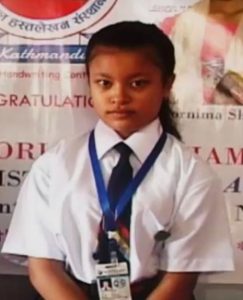 She has gained attention through her handwriting. It all started with a picture of handwriting being posted online, and soon enough her work caught the world’s attention. 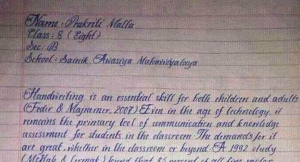 With some netizens saying that her work is comparable and may even surpass MS Word generate typefaces. Experts applauded her handwriting, some even suggesting that her work was extremely close to being perfect, with the spaces between the letters and words being of equal proportion, some even speculate that it could be considered as a new form of calligraphy. 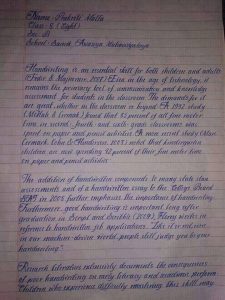 So what’s so great about handwriting, well it is said that a person handwriting is a reflection of her personality, it also helps boost self-confidence and even helps in learning better it also helps you not only develop a good personality but also keeps you focused and motivated. Although it seems to be archaic old-fashioned to write in hand, famous writers believe that doing so gave them better grasps of their books than on print.

A good writing written in good handwriting is a pleasure on its own. So no wonder Prakriti garnered such praise and did I mention she was also awarded by the Armed Forces of Nepal for possessing the best handwriting.

This event also shows that not all technological advancements destroy our history and past, this event proves that old art forms, Prakriti’s calligraphy, can be saved by or through the use of modern technology. So let Prakriti be our inspiration, like her, let us also help this dying art stay alive.