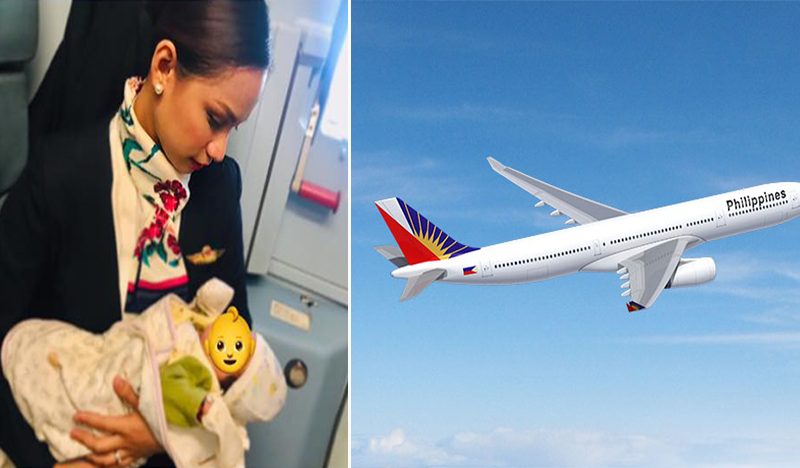 “I BREASTFED A STRANGER’S BABY INFLIGHT
Yesteday, I was scheduled for a check flight to be qualified as a Cabin Crew Evaluator. I thought that this flight’s gonna be so special as this is a big step on my flying career. Everything went smoothly until after take off, I heard an infant’s cry, a cry that will make you want to do anything to help. I approached the mother and asked if everything’s okay, I tried to tell her to feed her hungry child.

Teary-eyed, she told me that she ran out of formula milk. Passengers started looking and staring at the tiny, fragile crying infant. I felt a pinch in my heart. There’s no formula milk onboard. I thought to myself, there’s only one thing I could offer and that’s my own milk. And so I offered. Ms. Sheryl Villaflor, Line Administrator on my flight, immediately assisted the mother to the galley where I breastfed the baby. The baby started rooting, she was so hungry. I saw the relief on her mother’s eyes. I continued to feed the baby until she fell asleep . I escorted her back to her seat and just before I left, the mother sincerely thanked me. I was right, the flight’s gonna be special, so special not only because I got qualified as an Evaluator but I got to help. I breastfed a stranger’s baby inflight.
Thank you, Lord for the gift of mother’s milk.
Patrisha Organo -Flight Attendant/Breastfeeding Advocate
P.S. Edited baby’s picture for her family’s privacy”