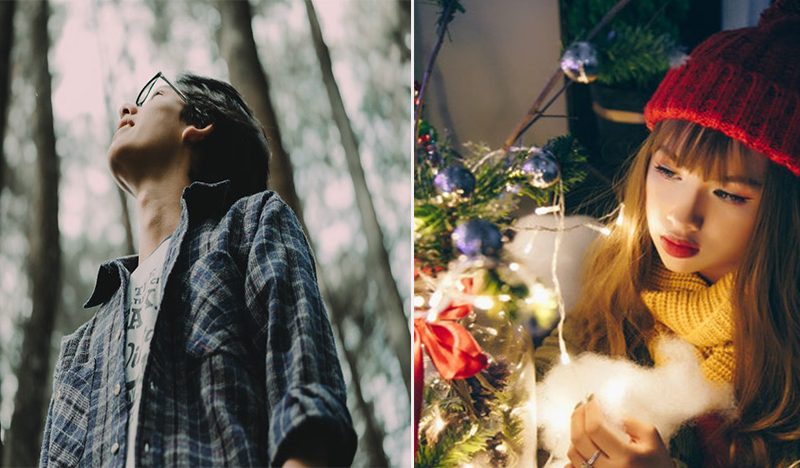 “I fell in love because of you not from where you came,” she said. A young prodigy woman named Kate Cruz fell in love with a Chinese businessman named Kao Kai. She’s a pure Filipino that came from a poor family. Although her family was not rich she strives harder like anyone else just to finish studying. After graduating Architecture in a government-owned college school, she challenged herself as she tries to apply into one of the leading architectural firms in the metro and skills, talent and hard work got accepted for the job she wanted.

Her upperclassmen recommended her to Kai. On their first meeting in the cafe, Kai noticed that she’s so stiff and stressed throughout work and asked her to relax and calm down. When the conversation is getting serious because of the transaction, Kai cracked some jokes that made her smile and loosen up the mood. After their first meeting, he asked Kate for a date and kate agreed.

Its been a year since the two started dating, however, Kate never got a chance to meet Kao’s parents.

One day she got a text message from a potential client and asked her to have a meeting of her designs. When she got to the place of the meeting, her client turns out to be Kai’s parents. Instead of being happy because she finally met them after a long long time, unfortunately, the parents she always wanted to meet show dissatisfaction and did not acknowledge her. His parents wanted him to marry a woman with the same ethnicity not from a low-class family from another country. Kate was shocked and depressed when she finds out the truth and asked Kai about it. He replied, “I never wanted you to meet my parents because they are bounded by the traditional system of our culture that’s why I left them because I got sick of them.”. Kate answered, “no matter what happened, remember that I love you not from where you came.”

The unyielding love of the couple challenged again the great wall as they formally meet each other face to face. Feel the tension in the atmosphere when Kai’s parents coldly stare Kate. Finally, Kai breaks the silence as he persuades his parents about accepting Kate. Unfortunately his parents never ever listen to their relationship and threatens Kai that they will do all their powers and connections to bring down his business if he still continue their relationship but Kai held Kate’s hand and said: “you can break me, you can break me down but I won’t stop loving Kate”.

With the threat of his parents, most of his investors pulled out their stocks causing him to be nearly bankrupt and Kate got fired in the architectural firm. All these things happened because of the intervention of his parents. Kate cried and asked, “Are you sure you want to continue this..”. Kai looked miserable and replied, “I don’t know I really don’t know what now the business I built and developed is gone… but one thing is for sure I love you, Kate”. She was touched by Kai’s words and announced that she was pregnant. Kai was filled with overflowing happiness and vowed that his soon to be child won’t suffer like the two of them.

A few months passed and Kate’s belly continues to get bigger as the child she’s having continues to grow inside of her. On the other hand, Kai currently works as an accountant in a bank until one day the bank where he works got hijacked by 2 criminals one with a gun and one with a knife.

The criminals used a child as their hostage and by the time where the police arrived at the scene, the hostage-taker got panicked and don’t know what to do next. Kai noticed the odd behavior and rushed as he kicked and slams the two. He kicked the gun away from the criminal unfortunately he got stabbed behind. The police took the chance and tackled the criminals. The wounded Kai was rushed into the hospital but sadly he didn’t make it and his last words were “take care of our child I love you and sorry I couldn’t make it..”

Kate was shocked when she heard the news. She doesn’t know what to do or what will happen to her and her child. The deceased Kai’s parents went to Kate and asked that they will raise the child on behalf of Kai. She doesn’t know what to say, however, when she remembers what Kai said its now her turn to turn them down and promised that she will raise the child alone because this is what Kai would do if he were in her place.

The mother apologized for being a failure parent and for what they did to them. The parents respected Kate’s decision for raising the child because it is their sons’ last wish. After thousands of struggle, finally, she managed to break the great wall and got their acknowledgment and acceptance. The reason why she overcomes all these challenges is because of the love that they both built never wavered.