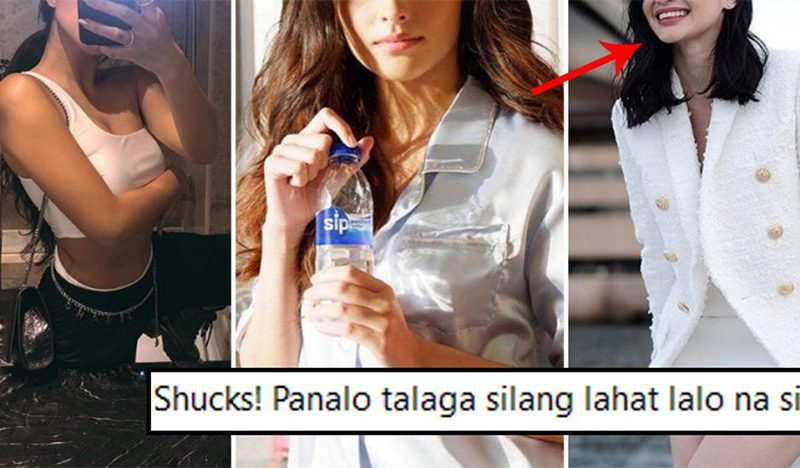 No doubt social media is now a part of everyone’s life. This platform serves as a platform to share our thoughts, ideas or experiences. One of those social media platforms that people are really hooked up to is the Instagram. This platform is specialized in sharing photos. People on Instagram most often share photos of their meal or beautiful sceneries they have been to.

It is highly probable that most celebrities will be as hooked as you are to using social media. So here are the most followed female celebrities on Instagram:

Her angelic beauty gathered a total of 4.2 million followers that placed her on the 10th spot. She might look like an angel but you will be whooping your ass with her badass acting skills.
She became popular when she portrayed Alwina in the fantasy-themed TV series ‘Mulawin’. The series was a huge success receiving high ratings until its finale in March 2005.
We also know her for becoming one of the greatest Darna we had. Following her success in ‘Mulawin’, she was chosen to play the role of Darna in its 2005 installment. The show had the highest rating for pilot episode in Philippine Television with 47.1% rating.

It’s Showtime host that many men had their eyes on because of her majestic figure. She had 4.5 million followers which made her ranked to 9th for being the female celebrity with most followers on Instagram.
She is known for her movie ‘#Y’ in 2014 where she was nominated as the New Movie Actress of the Year at the 31st PMPC Star Awards for Movies. In 2015. She was also ranked 12th in FHM Philippines’ 100 sexiest women
She was recently married to Billy Crawford, her colleague in hosting the It’s Showtime variety show. They had their wedding in Balesin, a very beautiful island off the eastern coast of Luzon.

The ‘Princess of the Dance Floor’ of Party Pilipinas is placed on the 8th spot for having 4.7 million followers.
She was known before as one of the female dancers of SOP Fully Charged where she was titled as the ‘Princess of the Dance Floor’. When the SOP Fully Charged was reformatted to Party Pilipinas, She became a part of Sayaw Pilipinas. She also joined the reality show ‘Pinoy Big Brother: Lucky 7’ back in 2017. We know her today as Cardo’s love interest in the undying series of ‘FPJ’s Ang Probinsyano’ as Alyana.

Maja Salvador, regarded as the ‘Dance Princess’ of ABS-CBN’s Star Magic was ranked 7th with 4.9 million followers. Together with her dancing skills, she is also great in acting. She is one of the talented actresses we had the is also gorgeous.
Before we had Alyana, we had Glen as Maja Salvador. She is one of the first casts of the ‘FPJ’s Ang Probinsyano’. She is the childhood best friend of Cardo that secretly admires him. And we know, a lot of us did ship these two before.
Not only did she had the same admiration for Cardo as Yassi Pressman did in ‘FPJ’s Ang Probinsyano’ but she also had the same interest in dancing as Yassi. Maja Salvador. She is well known for her dance moves in ASAP and on her dance blogs in social media.

The ‘Chinita Princess’ of the Philippines, Kim Chiu was ranked as 6th with 5 million followers. This chinita beauty is a talented actress, singer and television host that came from the Pinoy Big Brother.
She is the winner of Pinoy Big Brother: Teen Edition in 2006. After winning, she became part of Star Magic and was partnered to Gerald Anderson to appear to ABS-CBN shows. She also became regulars in ASAP XV alongside Gerald Anderson.

Recognized as one of the sexiest celebrities in the Philippines. She had an enormous fandom giving her 5.4 million followers.
She used to belong in the girl group, Pop Girls in 2009 but later left to start a solo music career. In her debut album, she collaborated with James Reid that later became her real-life partner.
She also took the role as Eya in Diary ng Panget, a movie adaptation of the best-selling novel of the same name. Together with James Reid, this movie earned at least 120 million pesos during its four-week run.

The daughter of two great actors which she significantly inherited. With her charm and beauty, she gained 5.8 million followers.
Her career began after she played the lead role of Anna Calugdan in ABS-CBN’s Kokey. She starred in the 2014 melodrama fantasy series ‘Mirabella’ and ‘And I Love You So’. She is also one of the Asap It Girls together with Liza Soberano, Janella Salvador, and Kathryn Bernardo.

Queen of Heart Kathryn Bernardo is ranked 3rd place with 6.8 million followers. She is one of the most well-known celebrities of the generation.
She began acting way back in 2003 as the young Cielo on ABS-CBN’s ‘It Might Be You’ then she landed her first main role in the TV series ‘Super Inggo’ as Maya. She then became well known during her role as Mara in hit TV series Mara Clara together with Julia Montes. The next TV series she had was with her now real-life partner, Daniel Padilla which built they fandom called “KathNiel”.
Together with Daniel Padilla, Kathryn will surely make your heart pound. Their kilig moments during their television series and movies are what you should be watching!

All men could agree that Liza is the most beautiful women. With all men having their eyes on Liza, she had 8.3 million followers which landed her on the second spot.
She made her acting debut in the fantasy-drama, comedy anthology ‘Wansapanataym’ by 2011. She then took minor roles on other series and movies. By 2014, the whole Philippines was stunned by her acting and beauty in the romantic comedy television series ‘Forevermore’. During this time, the phrase “Walang forever!” was popularized. After that wonderful series, people especially men craved for more Liza Soberano and luckily we had another good one from her; ‘Dolce Amore’ in 2016.

On top of the list, we have Anne Curtis with a whopping 9.8 million followers. No Filipino could say that they do not know who Anne Curtis is. She is one of the most popular celebrities in the Philippines.
She is one of the hosts in Its Showtime that makes the Filipino afternoon full of laugh together with Vice Ganda and other Its Showtime host. She is not only a good and funny host but she is definitely one of the greatest in acting. Her recent movie, the ‘buy-bust’ grossed ₱97 million worldwide.