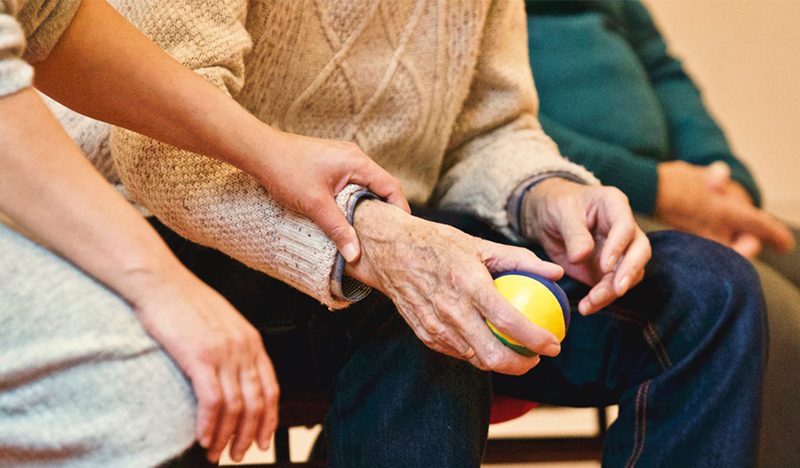 Filipina caregiver Maricel cares for American elderly William, who not only suffers from Parkinson’s disease but also is deprived of his family’s attention.

William is a Vietnam veteran who served for his country for over 40 years, now at his senior year he is retired and relieved of duty.

He often speaks of his family to Maricel, who most of the time is the only person that he is with ever since his family left him in an old folk’s home for his remaining years.

At the age of 75, 10 years after he was put in the retirement home, he is diagnosed with Parkinson’s disease.

Doctors speculate that it might be because he has been to war and has been in service for a considerably long time, and his sudden retirement and being left alone his family could’ve caused Parkinson’s disease to spark in him.

No matter the reason, his caregiver, Maricel, takes care of him nonetheless.

Maricel, a caregiver who has been in America for almost three decades, is well versed when it comes to taking care of the elderly.

Her experience as a caregiver not only includes the elderly but also for those that have special needs and illnesses that restrict them from moving freely.

She has been taking care of William ever since he was put in the retirement home, putting into consideration not only the fact that he’s a war veteran, but also the fact that he has Parkinson’s disease, which means she must be very careful whenever William wants to do something.

Maricel wants to show true Filipino family values through her own hospitable ways.

She shares her own experiences as he does with her, they often converse and take up most of his time whenever he’s free to do as he pleases.

They share stories of homecomings, losses, times of recovery, and even the little moments that they share with their families.

All this talk of family and bonding and losses and grievances made William wonder if he will ever get to meet his family again before his time comes, and Maricel assures him that time will come that they will reunite.

As someone who wants to see their patient happy, Maricel did her best to find William’s family, from asking from the receptionist, digging through files and folders of data, and even contacting William’s family personally.

Thankfully, after hearing from Maricel, William’s family decides to make his final wish come true, and, unknowingly his last few hours, were the happiest he has ever had.

Sadly, at 10 P.M of the 11th of November, William passed, as he spent his last remaining time in the embrace of his children and grandchildren alike, with Maricel watching over their final moments