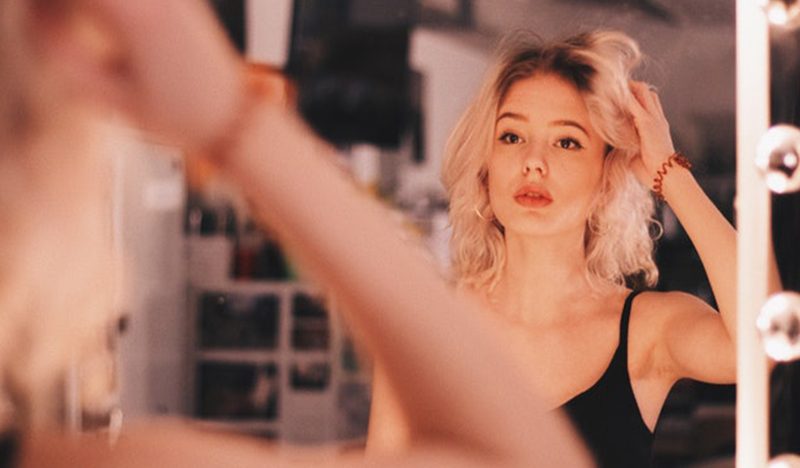 No boyfriend since birth lady Pamela wishes to have her own knight in shining armor, yet she suffers from not looking as elegantly beautiful as the princesses that they protect.

Aida is a graduate of Bachelor of Fine Arts in Acting, as such she is well versed with acting, no matter what roles in actuality, but she finds comedy the most comfortable genre to be when it comes to acting and even just simple stage plays.

She’s always been popular within her pool of friends and acquaintances in the acting world, but outside of that densely cramped world, she is nothing.

Not one jock has tried hitting on her, the academes care not for her, even when she tried going with a nerd, she was rejected, simply because she didn’t look as beautiful as when she’s portraying a persona in a play.

She’s done lots of things, like cooking for example. as we are used to saying “The best way to a man’s heart is through his stomach”, yet not even her cooking can save her melodramatic life as a loveless yet well-versed person like her.

Not even her fellow actors ever tried going out with her in the fear that people might misjudge them, saying that they’re only with her because of her fame and glory and name in the acting industry.

Is this the end for her then?

Apparently not, as soon as she graduated she started working on small comedy bars first as a stand-up comedian.

Patrons of the bars would often look at how good she is as a comedian and would even offer her a drink or two and a ride home, except whenever Aida wakes up in someone else’s bed, she’s always promised a call for another good time, which she never receives as evidently enough the men that she has slept with only did whatever they did due to alcoholic intoxication.

This has left Aida with a resolve to finally find a man that will truly love her for who she is, and hopefully one that is accepting and content with how she looks, as she often fathoms to herself that she at least looks half decent, is a C cup, and has an ample amount of muscles on her buttocks, which is what most men want, and yet they never stay with her.

Often she is left alone or she is told to leave, no in-betweens.

Up till this day, Aida, with her average physique and less attractive face, is still in pursuit of her knight in shining armor to save her day, every day, in her life.